Question of the Week: What’s your favorite monster?

It's a tough choice for me.

As soon as I got my hands on D1-D2: Descent Into the Depths of the Earth and those mind flayers, I was hooked on those critters.

But my all-time favourite monster is the beholder. Maybe because I had to start wearing glasses when I was a kid.

Beholders could fly, were intelligent, could speak and roleplay, were smart, and had multiple killer attacks. It was like the best killer attack from other awesome creatures all rolled into one, pun intended.

This weekend I'm going to dust of D1-D2. I might add it to my Terror in the Badlands campaign. And, add a beholder. 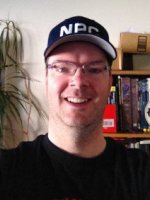 As beholders are already taken I vouch for ...goblins. 5E goblins. They are really weak, but still can pose a grave deadly danger if PCs aren't cautious enough
I don't know if you ever checked, but I am regularly updating my overview of Favorite Monsters including links to spectacular videos on lore about these monsters. I wanted to let you know that you may want to regularly check or watch some of those nice videos by MrRhexx, and ask all of you for more great videos on D&D (and other) monster lore that you know of which is not created by MrRhexx. So if you do know more of this, please leave me a link.

ungooglable said:
As beholders are already taken I vouch for ...goblins. 5E goblins. They are really weak, but still can pose a grave deadly danger if PCs aren't cautious enough
Click to expand...

I'd also like to vote for Goblins. And I generally like goblinoids. Such a cool species to play with.
Kobolds ever since reading Tucker's Kobolds back when Dragon Magazine was still a thing.
I love running Hags. Traditional Hag Coven, friendly Hag, mysterious Hag, Hag in disguise. Doesn't matter. They're so creepy and over the top to roleplay, and I love running them like erratic insane witches of all different varieties.

Runner up is Aboleth. Ran one of these for my players in an adventure recently and playing with Illusions and domination and pitting the party against each other as they made their way through it's underwater lair dealing with it's minions was a blast. The special conditions they inflict are terrifying as well.
I recently fell in love with the Leshen from The Witcher Universe.
I like Springheeled Jack -- a weird, wall-jumping fey serial killer.
Months back I ran a campaign session in which a group of them started killing citizens of a town, leaving playing cards on the victims.
A woman who was a high level socialite known for her dalliances -- she was found with Queen of Hearts. Then the PCs realize that the cards are placed on the victims in advance of the attack. Then a PC finds a card on their own person!

MaartenB said:
I recently fell in love with the Leshen from The Witcher Universe.
Click to expand...

The Witcher is a huge inspiration in my games. I ran a Wendigo horror one shot a while back that was great.
(Demi) Humanity. I've found the most visceral campaigns to be those where the opposition is a person or organization the players can sympathize with. For example, in my last campaign the players were working to keep Morgoth (Middle Earth) from escaping The Void. If he did, a prophecy would be fulfilled and the world destroyed. Or at least changed forever.

Sauron and his minions were also working to stop Morgoth's escape. While he had once been a servant he now desires to rule Arda rather than destroy it. While they had the same goal they had different methods. Sauron's team was willing to do whatever it took. The PCs (most of them at least) were ok with skirting the lines of morality but kept their word and wouldn't murder indiscriminately.

Meanwhile Morgoth's cult was also active. Nobody could sympathize with them so they acted as the "true monsters."

FoxMikeLima said:
The Witcher is a huge inspiration in my games. I ran a Wendigo horror one shot a while back that was great.
Click to expand...

Great! Yes The Witcher forms a great inspiration for my current chronicles of darkness fantasy campaign. It has the right mood and none of my players have read the books or played the videogames. So I just steer clear of the places and people mentioned in the Netflix show.

IAmTheOneTrueGinger said:
(Demi) Humanity. I've found the most visceral campaigns to be those where the opposition is a person or organization the players can sympathize with.
Click to expand...

Definitely! I totally agree that some kind of sympathy, or rather understanding is necessary for any NPC. Although as a GM I would not limit myself to demi-humans. I think you include orcs and goblins and such, but you would not include Bulettes or Beholder, I assume.
Now, if you first let it attack the PCs as any monster, the players will surely not sympathize. But then, if you make clear in the next round the Bulette is only protecting its child, the mood at the table is suddenly changing. Players sympathize and hesitate to kill it, suddenly understanding why it did what it did (with its limited animal-like brain). Likewise, a Beholder may seem at first like the ultimate monster, but if you give him crude human personality, something like a desire to do unspeakable things, which is why the PCs attack it, but then show that it is out of sheer weakness and insecurity or desire to make something out of his life, they grow understanding and even refrain from killing it once defeated if it begs for mercy.
(At least my players have)

Thus, I think it is of utmost value to present any NPC, animal, monster, villain in shades of grey and with a growing understanding for their motives, if you want to create a blended world, a setting with many moralities, in order to create passion about differences in culture and understanding with your players and to make them immerse stronger.
On the other hand, if the mission or plan is to kill a lot of guards to get into the castle e.g. or if there are younger players, I carefully judge whether I want to make this about moral conflict or rather let the players game on undisturbed about such things, hack on so to speak, and focus on their achievements.
Personally though, I find that such moments of unexpected understanding of "monsters" make for the best NPCs which are memorable and likely to become recurring NPCs.
I remember the old article template from Dragon Magazine; 'The Ecology of the ...' (insert monster name here)
These were great articles because they encourage GMs to really get inside the heads or backstories of the monsters.

Krogenar said:
I remember the old article template from Dragon Magazine; 'The Ecology of the ...' (insert monster name here)
These were great articles because they encourage GMs to really get inside the heads or backstories of the monsters.
Click to expand...

Oh yeah now you're talking - those would be great to revive with todays gaming in mind.
5E legendary actions and lair actions could be a great basis for something like that.
If I have to pick a single all time favorite, it's hard to beat the classic Vampire.

Agree that Dr. Who has some of the best monsters of the week, and always has had. From serial killing department store mannequins in "Terror of the Autons" to the shapeshifting fungi in "Terror of the Zygons".

Fae are fun too. World of Darkness and Neil Gaimen expanded that universe quite a bit.
You must log in or register to reply here.
Share:
Email Share Link
Top